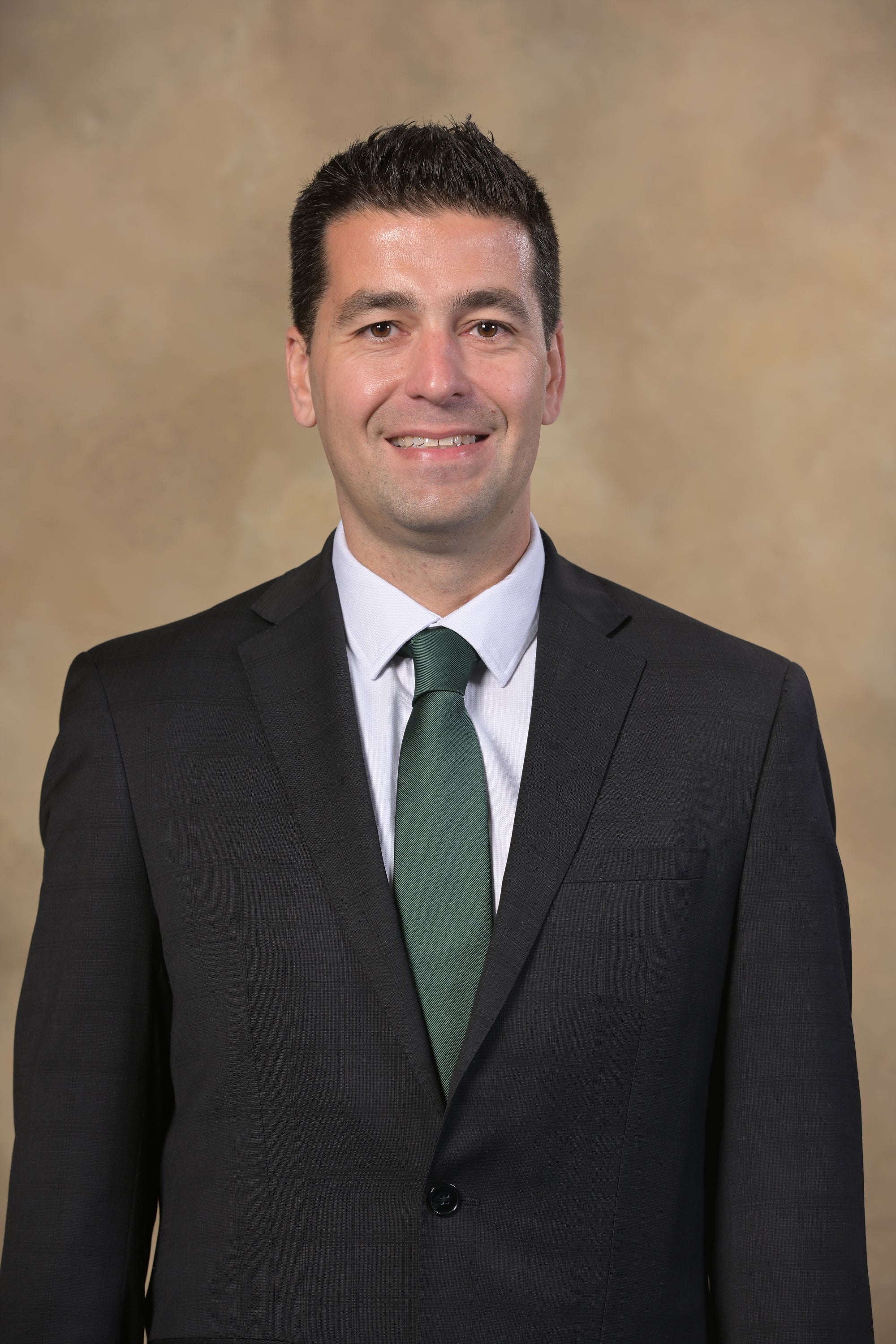 Prior to joining the Wild, he spent the nine seasons working in hockey operations for the AHL. He was named Vice President of Hockey Operations for the AHL in October of 2011 and promoted to Executive Vice President of Hockey Operations in July of 2015. While working for the AHL, Murray oversaw all aspects of the league's hockey operations department, including management of the AHL's officiating program, the league's disciplinary process, player registry, compliance with rules and regulations, and scheduling.

He joined the AHL after spending three seasons working in hockey operations for the ECHL. Prior to joining the ECHL, Murray interned as a law clerk in the Labor Relations Department for the Massachusetts Port Authority following two years at Pro Athletes Management Inc., a law firm in Boston that represents professional athletes. He also served as an assistant to the general manager of the Lowell Lock Monsters in the AHL. 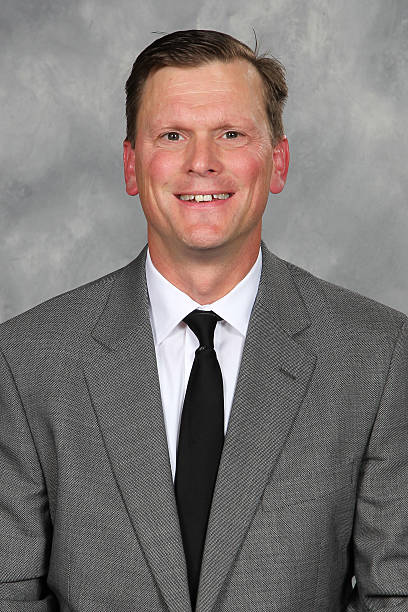 Army was hired as Head Coach of the Iowa Wild on Jul. 19, 2018. Army joined Iowa from the Wilkes-Barre/Scranton Penguins, where he served as an assistant coach during the 2017-18 season. Ahead of his time with the Penguins, Army spent six seasons as an assistant coach with the Colorado Avalanche from 2011-2017. Army’s last head coaching experience came from 2005-2011, when he lead his alma mater, Providence College.

Army's second season with the Wild was cut short due to the COVID-19 pandemic. The Wild finished the season with a record of 37-18-4-4, earned a franchise-record season winning percentage of .651 and finished fourth in the AHL league standings.

In his first season as head coach of Iowa, Army brought the Wild to the Calder Cup Playoffs for the first time in team history. In the playoffs, the Wild won a playoff round for the first time before bowing out in the Central Division Final. In the regular season, the Wild had its best season in franchise history, setting or tying more than 80 records, including most points, most wins, most home wins and highest attendance. Army was also selected as the bench boss for the Central Division at the 2019 AHL All-Star Classic, the first time a member of the Wild coaching staff was invited to the midseason classic.

The first head coaching job of Army’s career was with the Portland Pirates of the AHL, where he manned the bench from 2002-2005. During his tenure with the Pirates, Army amassed a 99-89-26-26 record in 240 games. The Pirates reached the playoffs in two of his three seasons and during the 2003-04 season, Portland allowed the fewest goals in team history (160). In each season at Portland, Army finished with a record at or above .500.

Army also has international coaching experience through work with Team USA in multiple capacities since 1991. In his international career, Army won a bronze medal with US Hockey at the 1996 and 2013 IIHF World Hockey Championships and finished second at the 2010 Ivan Hlinka Memorial Cup with the USA U-18 team.

Before moving behind the bench, Army played hockey at Providence College for four years, serving as captain his senior season. He finished a Hobey Baker Award finalist, earned an All-Hockey East First Team selection and was named an ACHA East First-Team All-American.

He and his wife, Sue, have two sons, Derek and Travis. 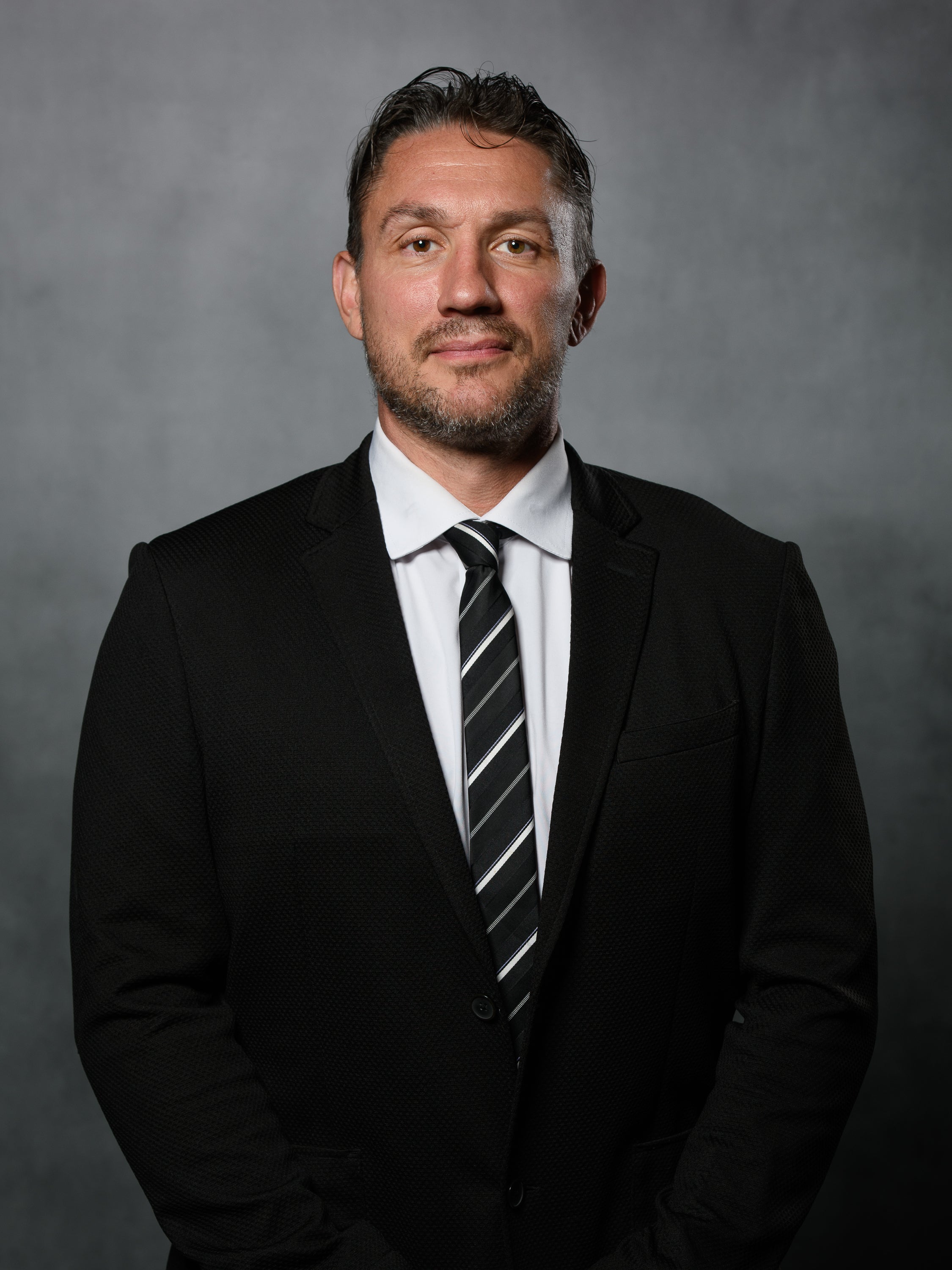 DiCasmirro, 42 (9/27/78), played 18 seasons professionally in his career, including seven seasons in the AHL. Raised in Burnsville, Minn., the forward skated in 401 AHL games and put up 183 points (66g-117a) while playing for the Hamilton Bulldogs, Toronto Roadrunners, Edmonton Roadrunners, Grand Rapids Griffins, Providence Bruins, San Antonio Rampage and Syracuse Crunch. In 2008, DiCasmirro went to Europe, where he played 11 seasons throughout leagues in Italy, Sweden, England, Slovenia and Austria. DiCasmirro also spent six years playing for the Italian National Hockey Team before he retired in 2019.

Prior to joining the professional ranks, DiCasmirro had a decorated junior career in the United States Hockey League (USHL), winning USA Hockey Junior Player of the Year and USHL Player of the Year in 1998 with the North Iowa Huskies. He went on to play four seasons at St. Cloud State University in the Western Collegiate Hockey Association (WCHA) and earned WCHA Second All-Star Team honors in 2002. 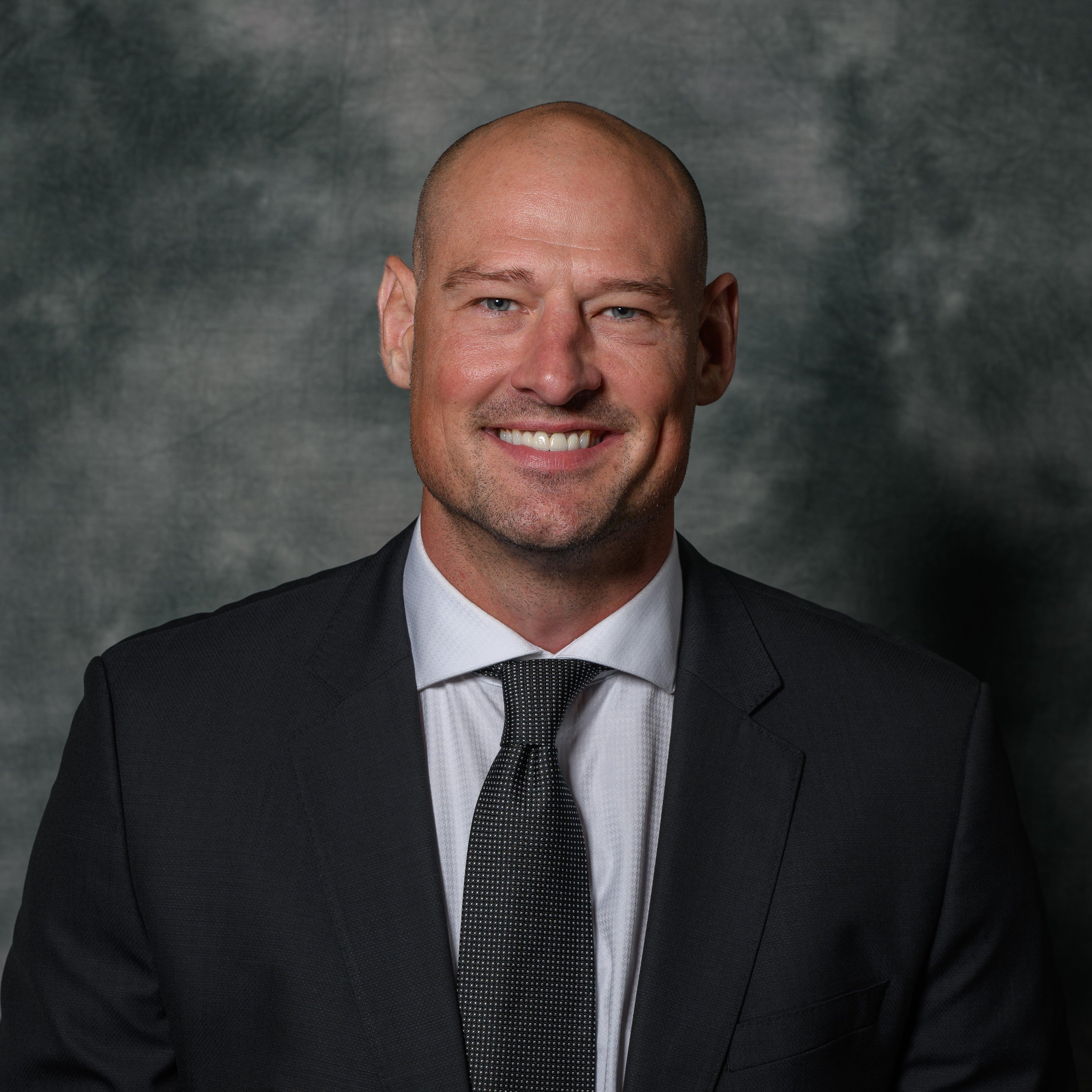 Yonkman, 40, (4/1/81) also had an 18-year professional hockey career, which included over 1,000 pro games. The Punnichy, Sask. born defenseman played 733 AHL games throughout his career for the Portland Pirates, Hershey Bears, Milwaukee Admirals, San Antonio Rampage, Norfolk Admirals and Adirondack Flames. The six-foot-six blueliner chipped in 98 points (20g-78a) over that span and racked up 1174 penalty minutes. From 2003-2005, Army served as Yonkman’s head coach with Portland. Yonkman also skated in 76 National Hockey League games during his career with the Washington Capitals, Phoenix Coyotes, Florida Panthers and Anaheim Ducks. Yonkman finished his playing career in Europe, spending four seasons with JYP in Finland’s top pro league, Liiga. While with JYP, Yonkman captured a Champions Hockey League title in 2017-18 for best overall club in all European pro hockey. He retired after the 2018-19 season.

Before turning pro, Yonkman was selected in the second round (#37 overall) by the Washington Capitals in the 1999 NHL Draft. The blueliner played his junior hockey in the Western Hockey League, playing parts of five seasons with the Kelowna Rockets before being traded to the Brandon Wheat Kings during his final season of junior in 2000-01.

A native of Salt Lake City, Utah, Bachman began his pro career in 2009-10 after two seasons with Colorado College (NCAA). After beginning his rookie season with the Idaho Steelheads (ECHL), Bachman made his American Hockey League debut for the Texas Stars on Dec. 6, 2009 in San Antonio. His AHL career consisted of 264 regular-season games between Texas, Oklahoma City and Utica, compiling a record of 133-95-17 with 16 shutouts and a 2.70 GAA Bachman played in 21 Calder Cup Playoff games over his career, and was named a 2015 AHL All-Star with Oklahoma City.

Drafted by the Dallas Stars in the fourth round (120th overall) of the 2006 NHL Entry Draft, Bachman made his NHL debut with Dallas on Dec. 11, 2010, stopping all four shots he faced in relief of Andrew Raycroft in a 5-2 road loss two Phoenix. Bachman’s first NHL start resulted in his first NHL win, a 26-save performance in Los Angeles, as the Stars claimed a 2-1 win on Dec. 10, 2011. He finished his NHL career with a 20-18-2 mark, a 2.97 GAA and .903% save percentage and two shutouts between stints with Dallas, the Edmonton Oilers and Vancouver Canucks. 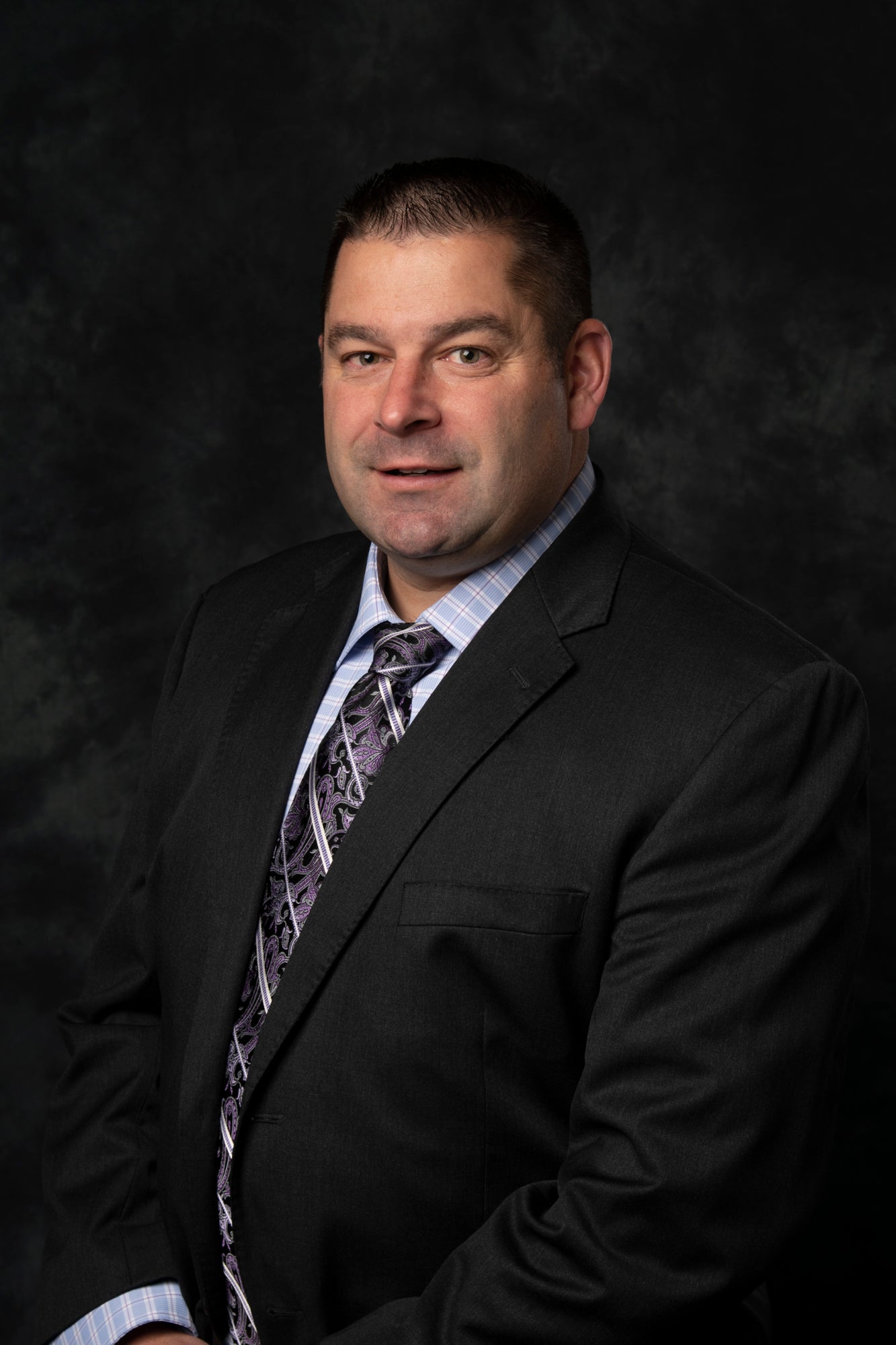 He joined the Iowa Wild in 2016-17 after serving as the Assistant General Manager and Associate Head Coach of the United States Hockey League’s (USHL) Madison Capitols from 2013-16. Paulsen was instrumental in helping launch the expansion team’s inaugural season in 2014-15. He worked primarily with the Capitols defensemen and oversaw scouting and recruiting for the Capitols and the USHL Drafts.

He gained valuable international experience in December 2014 as an Assistant Coach for Team USA at the World Junior A Challenge. Team USA took home a Gold Medal at the World Jr. A Challenge with a 3-2 overtime win against Denmark. Paulsen was a critical addition to the staff in the recruitment and selection of players for Team USA.

Prior to joining the Capitols, Paulsen was with the USHL’s Sioux City Musketeers from 2010-13, in the role of an Assistant Coach and Director of Scouting. Before his time in the USHL, Paulsen navigated his way through the high school ranks in Wisconsin as a head coach at Rice Lake high school from 2003-2010. In 2008-09, he guided the Warriors to the Wisconsin Interscholastic Athletic Association State Tournament for the school’s first appearance in 29 years. Paulsen also taught middle school Physical Education while in Rice Lake.

Paulsen, is an Eau Claire, Wisconsin native.  He attended the University of Wisconsin-Eau Claire, playing four years of collegiate hockey for the Blugolds. He was a WIAC Honorable Mention Defensemen in 1997-98, and on the WIAC Scholastic Honor Roll in 1999-2000. As a senior he was named an Assistant Captain. Paulsen graduated in 2001 with a Bachelor of Science degree in Kinesiology with an emphasis on teaching. He has his Masters Degree in Collaborative Educational Leadership from Fielding Graduate University.

Keith and his wife Maria reside in Ankeny with their daughter Kendall and son Max. 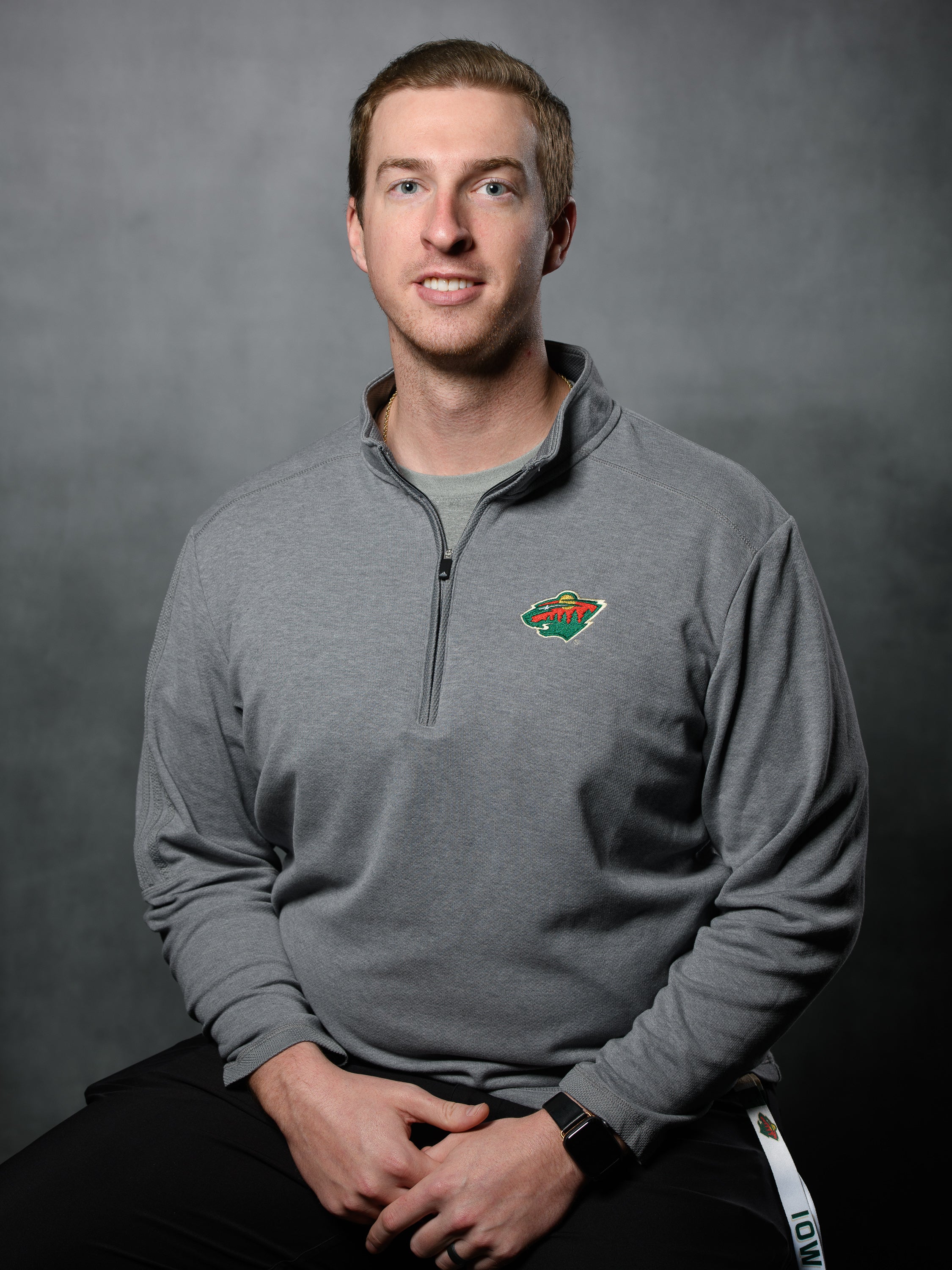 Barker joins Iowa after three seasons as Head Athletic Trainer for the ECHL’s Wheeling Nailers. Before joining the pro hockey ranks, the Wheeling, W.Va. native served as the first Head Football Athletic Trainer in program history for Wheeling Jesuit University from 2018 to 2019. Barker is a certified athletic trainer, received his Master of Science degree from California University of Pennsylvania in 2018 and graduated Salutatorian of his class at Wheeling Jesuit University in 2017. 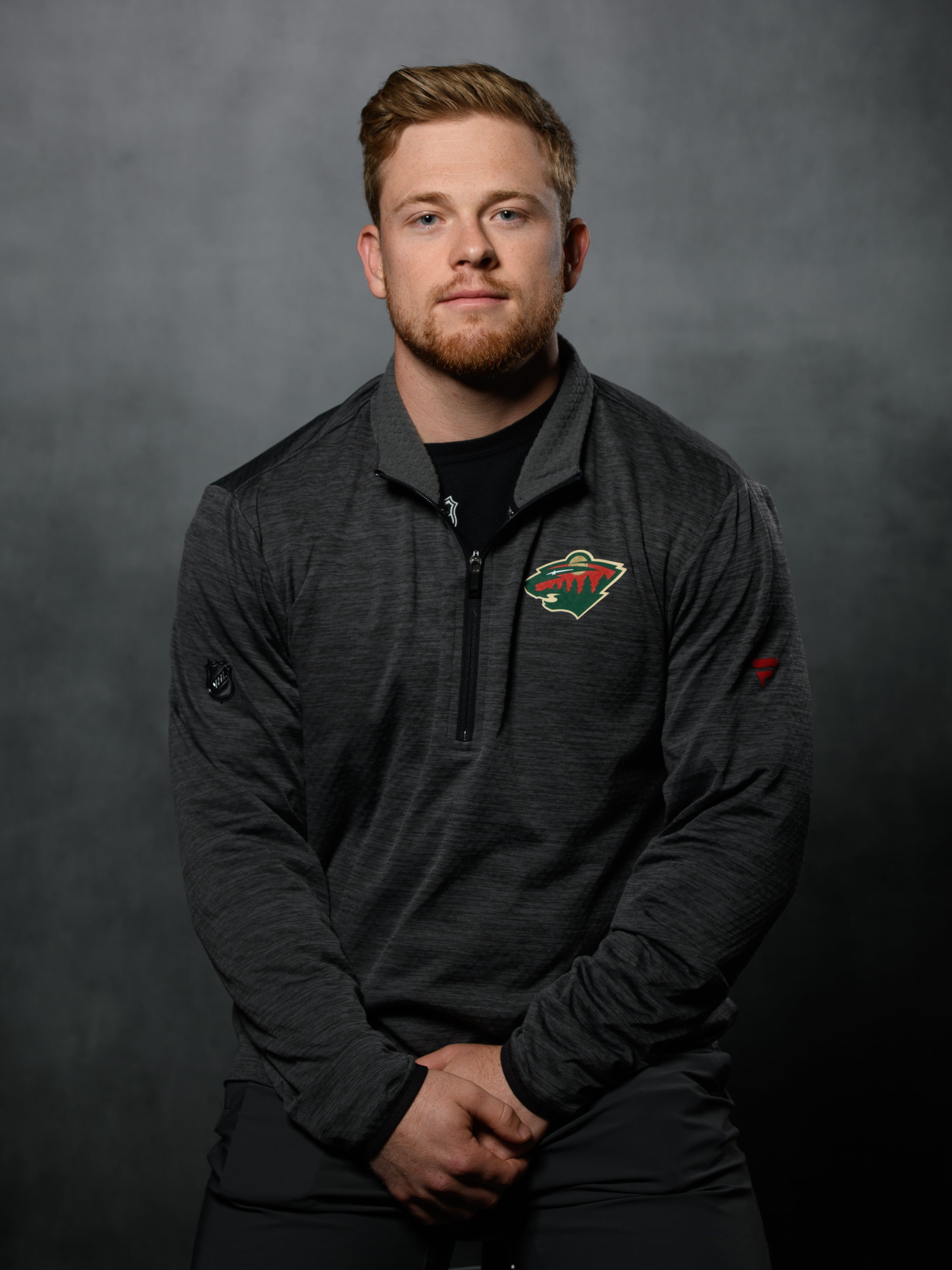 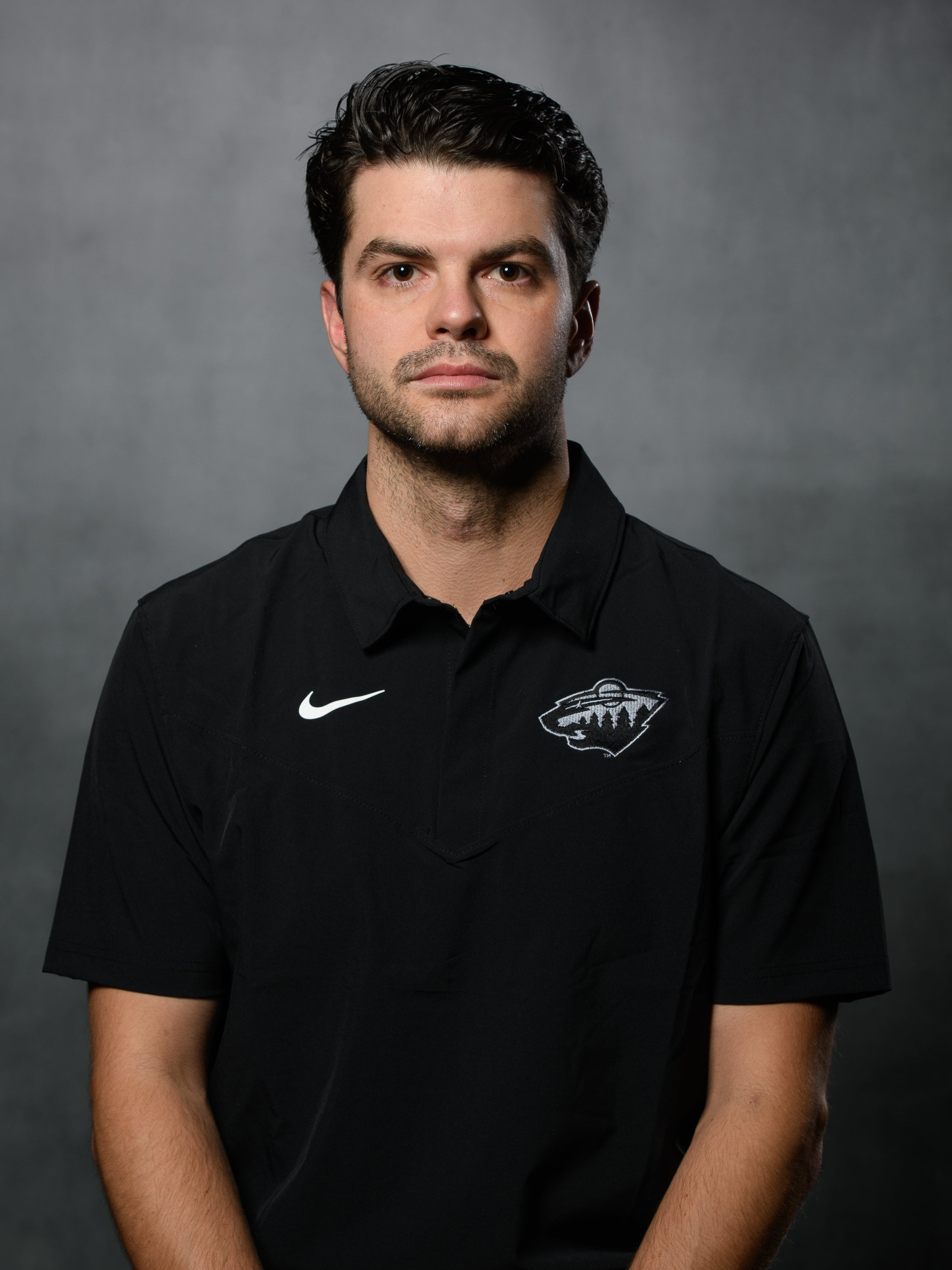 Kacsor comes to the Wild after spending the past two years as the Head Strength and Conditioning Coach for Torpedo Nizhny Novgorod of the Kontinental Hockey League (KHL) in Russia. Prior to his stint in Russia, the Toronto, Ont. native worked as Strength and Conditioning Coach for KRS Vanke Rays Women’s Professional team, based in China, of the Zhenskaya Hockey League (WHL). Kacsor received his undergraduate degree in Sport and Physical Education from Laurentian University and earned his postgraduate degree in Exercise Science from Humber College. 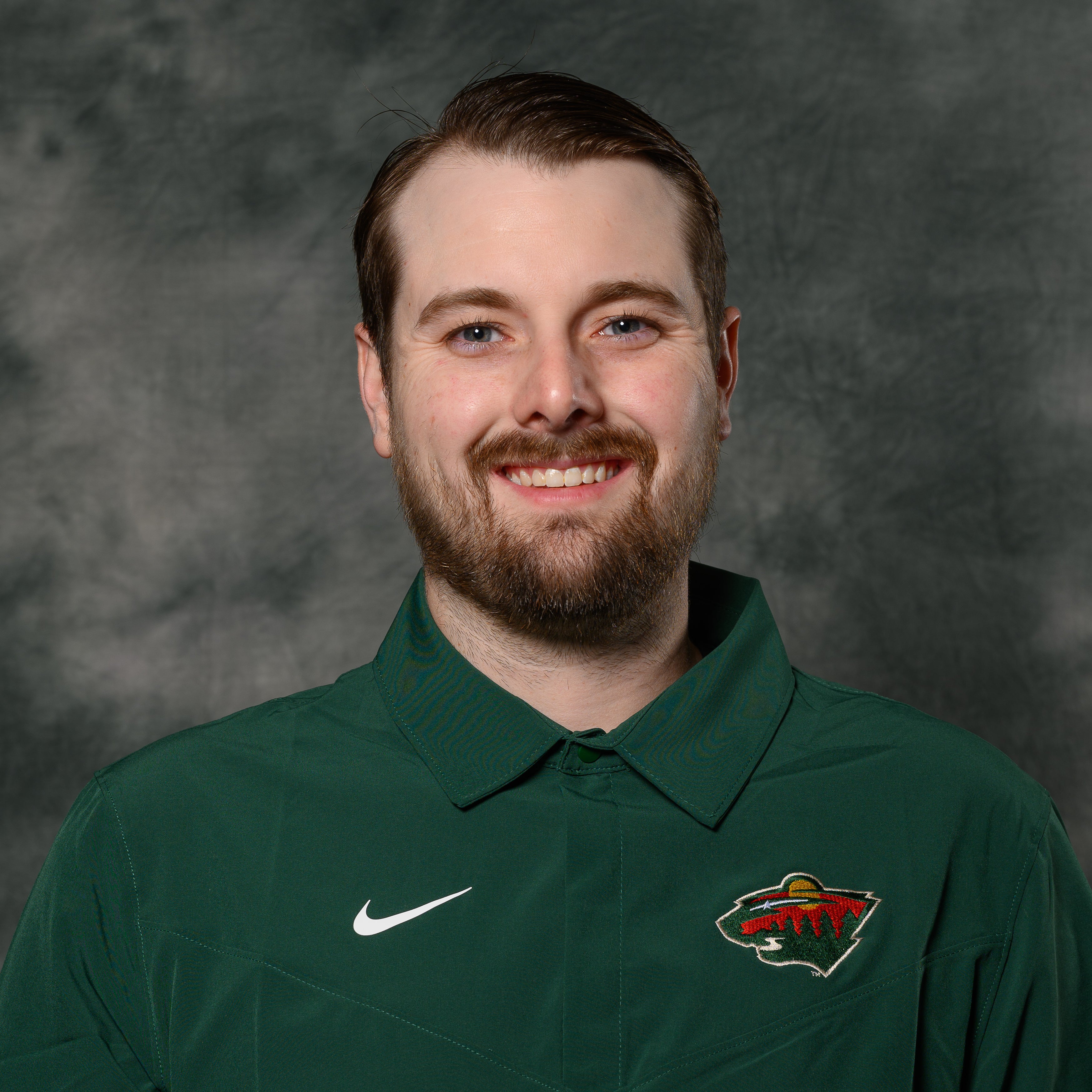