For Matt Boldy, the past few days have been filled with mixed emotions.

On Sunday afternoon, Boldy and his Boston College teammates were playing in the national quarterfinals against St. Cloud State University. A win would have meant a trip to the Frozen Four.

Boldy scored the opening goal in the game to give the Eagles a lead, but it was one it couldn't hang onto. The Huskies scored the next four to advance, ending B.C.'s season suddenly.

Over the past couple of days, Boldy has mulled whether he would return for his junior season or embark on his professional career. He chose Tuesday to pursue his dream of an NHL career beginning immediately, signing a three-year, entry-level contract with the Wild, the club that selected him with the 12th overall selection in the 2019 NHL Draft.

"It's a dream come true. For me, it's another step closer to the ultimate goal that every kid sets when they're little," Boldy said on Wednesday. "I think there are a lot of different emotions, obviously a ton of happiness, a ton of excitement. But obviously with that comes some stress and some thoughts about leaving school.

"I really enjoyed all the time I had here. So it was a hard decision. But I think the one decision that needed to be made and I think I made the right one."

By nearly every measure, Boldy is ready for the next step in his journey.

After a slow start to his college career as a freshman last season, Boldy has been one of the best collegiate players over the past 15 months.

This season, Boldy led Boston College in scoring and was recently named a Top-10 finalist for the Hobey Baker Award, presented to the best college player in the country. His 31 points were tied for 11th-most in the country, with nine of the 10 players in front of him playing at least six more games than he did. His 1.4 points per game ranked fifth-most.

"I spoke to Matt yesterday and I told him that he's been on the right trajectory for very good development," said Wild General Manager Bill Guerin. "He struggled the first half of his freshman year, then he became a very good player the second half, then he picked up where he left off, then he had a great World Junior, and then he played even better the second half of his sophomore year. So that's what you want to see, his line of development going up and I think he's doing that. We're on the right track and we feel very good about where he is right now."

The highlight of that span was Boldy's performance for Team USA during the World Junior Championships in December and January.

In seven games, Boldy scored five goals and had two assists and was routinely an impact player, helping to lead the Americans to their first Gold Medal since 2017. His five goals were tied for second-most on the club and his seven points were fourth-most.

"For me, watching him on that stage, that was awesome. I was very proud of him," Guerin said. "When we draft these kids, they become a part of our organization and we're very protective of them, we follow them very closely and even before they get to come and play here for us, we get to know them.

"The development guys, [Brad Bombardir] and [Matt Hendricks], they really get to know these guys well. You're like a proud parent, and to see how they grow and when they have success, you're just very, very happy for them. That was big for our organization. Everybody from Craig on down was excited about it."

For Boldy, his performance on the international stage was big for a couple of reasons. It gave him the confidence that he could compete and thrive in one of the biggest tournaments of the year, but it also allowed him to prove some doubters wrong.

After a lackluster first semester at Boston College as a freshman, Boldy, a U.S. National Team Development Program graduate, was left off the team entirely in 2020, and he used that as motivation to come back during the second half of last season.

And come back he did.

In his first 14 games as a freshman, Boldy tallied just one goal and one assist. Over his final 20 games that year, Boldy scored eight goals and had 16 assists.

He picked up right where he left off last fall, posting multi-point games in three of his first four games to start this season.

His performance at the World Junior tournament was simply a continuation of that momentum.

"I think that was huge for me. It's an unbelievable tournament and one that I dreamed of playing in for so long, and finally getting a chance to do it, and succeed the way we did, and come home with gold made it even more special," Boldy said. "Going into the tournament, I think I was there to try and prove some people wrong. Just kind of go out there, play my game and show everyone who I am as an all-around player and not just one-dimensional or two-dimensional.

"That was huge for both my confidence and showing myself and some other people that I can play defensively good minutes, I can kill penalties, I can play in different roles that sometimes I'm not always put into."

Boldy scored three of his goals this season shorthanded, which tied for the lead nationally, bolstering his all-around game that the Wild loves, and why the team believes he has a bright future ahead of him.

"I think he can be very good. He's got hockey sense, he's got size, he's got playmaking ability, he's got a lot of great tools, it's just a matter of putting them all together at the next level," Guerin said. "Just like any other player, Matt's gonna have to get a little bigger, a little stronger, a little faster and put all those things together. But that's normal, that's for any young player, it doesn't matter if you're first overall or 12th overall or 70th overall. That's the standard for young players.

"He's a very important piece of our puzzle and we're going to do the things we feel are right for his development so when he gets to Minnesota, that he's prepared to stay there and help us win."

That future will begin in Iowa, potentially as soon as this weekend or early next week.

Boldy is expected to arrive in Minnesota on Thursday, where he will need to quarantine for a few days and pass a series of COVID tests. At some point, the team will drive him from St. Paul to Iowa, where he is expected to join the lineup immediately.

Iowa is in Texas through the end of this week, but will play at home against Rockford on April 9, which would seem like a reasonable timetable for Boldy to make his professional debut.

There is the possibility that Boldy could make his NHL debut at some point this spring, and his progress will certainly be monitored by the front office and the coaching staff down there. 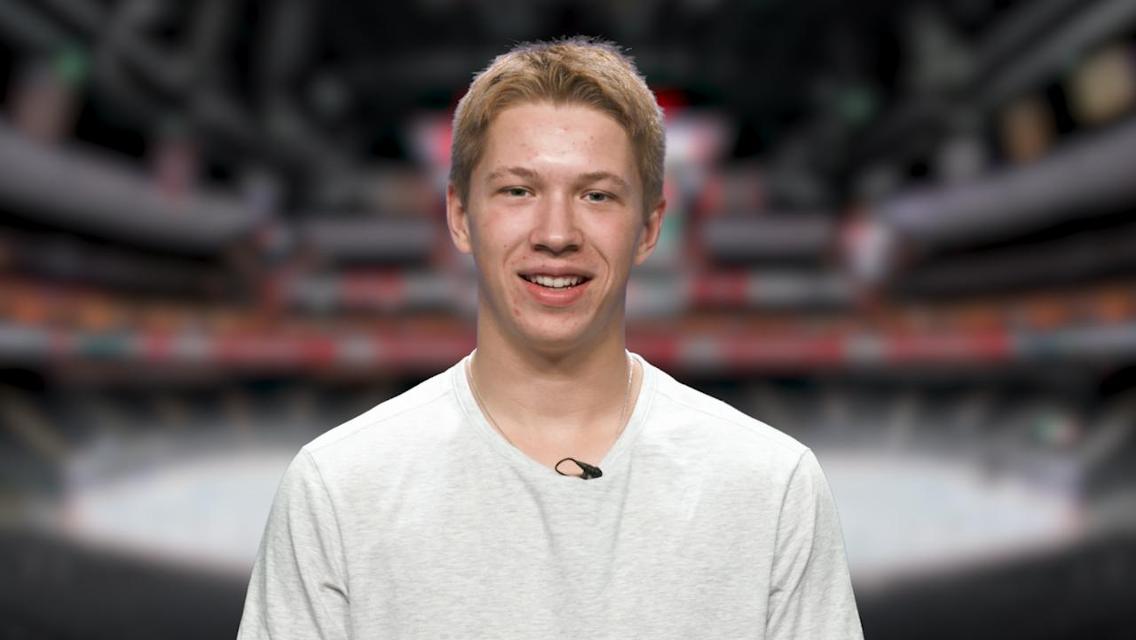 Just how long it takes for Boldy to get adjusted to the AHL and make a push for a spot in Minnesota is anybody's guess, but it wasn't something Guerin ruled out happening sooner than later.

Could it be before the end of the regular season in mid-May?

"That'll be up to Matt," Guerin said. "This is the best league in the world. Matt's a young player. The last thing we want to do is force-feed him and put him in something that's overwhelming and he's not ready for. So we'll go through the proper - what we feel is the proper - steps for a player's development, and that's to start at the next level for him, and that's the American Hockey League. I really believe in it. I think it's a great place for young players to develop.

"He's going into a different world now. This is going to be much different than being at Boston College and playing college hockey. This is a big step. As soon as Matt's ready and proves himself in Iowa, then we'll take it to the next step."