American Hockey League President and Chief Executive Officer Scott Howson announced today that the 2020-21 season will include 28 teams when it gets underway on February 5.

The AHL will operate in five divisions this season. Further details, including schedule formats and playoffs, are still to be determined. 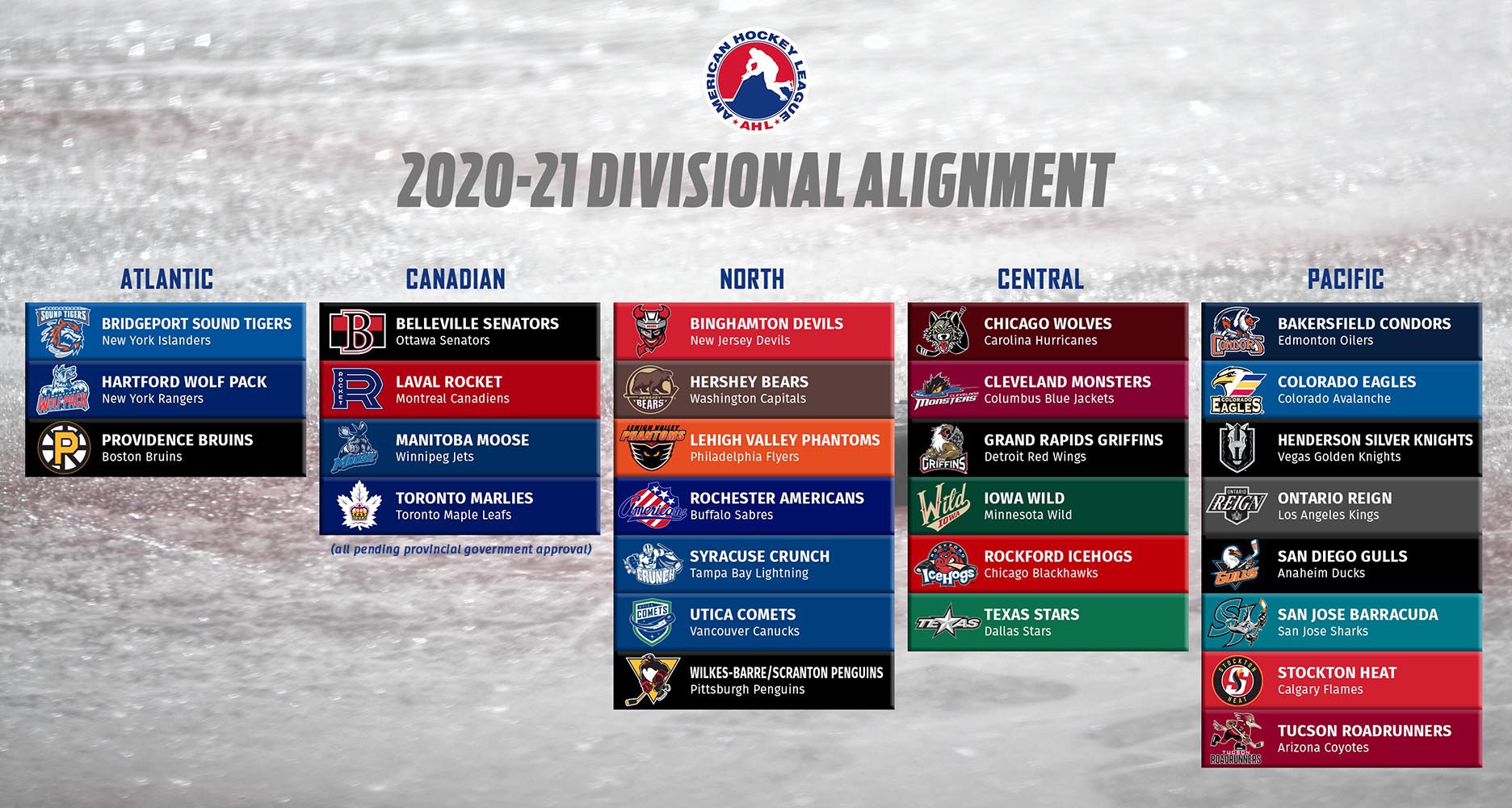 Four teams have been granted provisional relocations for the 2020-21 season: the Binghamton Devils will play in Newark, N.J.; the Ontario Reign will play in El Segundo, Calif.; the Providence Bruins will play in Marlborough, Mass.; and the San Diego Gulls will play in Irvine, Calif.

The Charlotte Checkers, Milwaukee Admirals and Springfield Thunderbirds have elected to opt out of play for the 2020-21 season. All three teams will return to play in 2021-22.

"On behalf of the Iowa Wild, we cannot wait to drop the puck on the 20-21 season," says team president Todd Frederickson. "We will be in communication with our season ticket holders within the next week on seating for the upcoming year. We have been working with Wells Fargo Arena and the American Hockey League on making sure our mitigation practices allow for fans to feel comfortable while attending a game, including wearing masks and socially distanced seating.”

In operation since 1936, the AHL serves as the top development league for all 31 National Hockey League teams. Nearly 90 percent of today’s NHL players are American Hockey League graduates, and more than 100 honored members of the Hockey Hall of Fame spent time in the AHL in their careers.