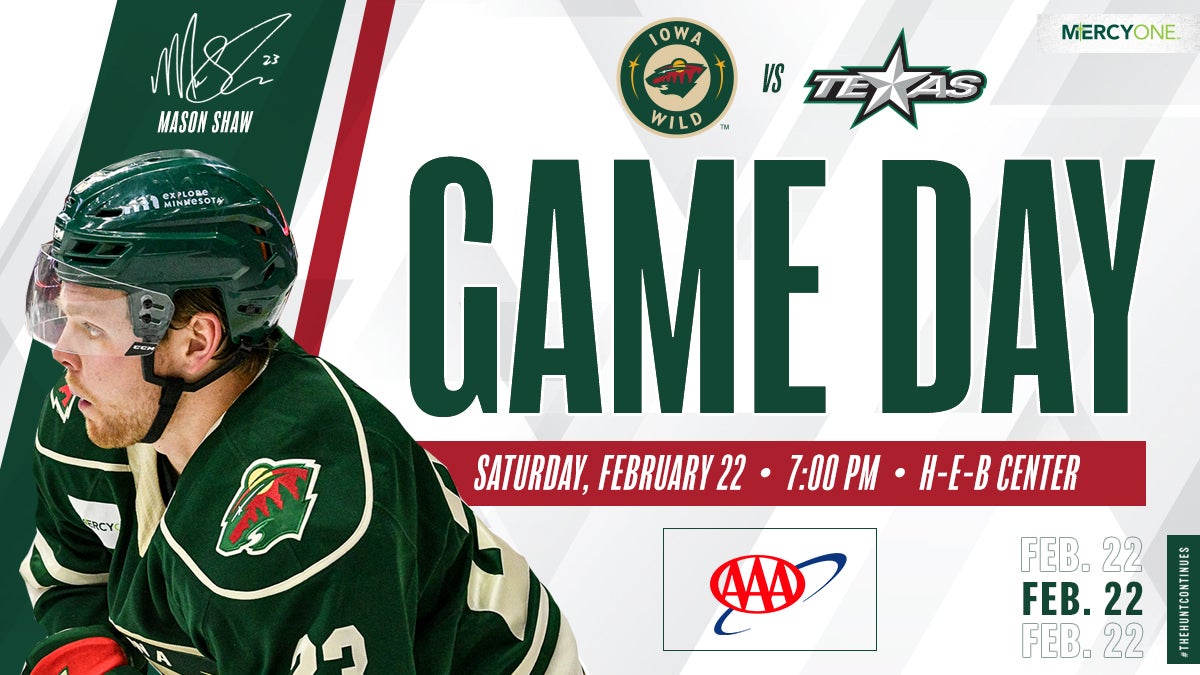 Iowa and Texas Saturday night will meet for the eighth and final time this season as the Wild closes out a three-game road trip. Iowa is in second place in the Central Division with 72 points while Texas moved into sixth place with 51 points. Iowa is 3-3-0-1 this season against Texas, including a 0-3-0-0 record at H-E-B Center.

The Wild battled back from three separate one-goal deficits Friday night against the Stars but ultimately couldn’t complete the comeback as the team fell by a score of 4-3. Forward Dmitry Sokolov scored a goal in his third consecutive contest while forwards Sam Anas and Kyle Rau added the other tallies. Goaltender Kaapo Kahkonen stopped 20 of 24 shots in the game, snapping his franchise-long seven-game win streak in the loss.

The Iowa Wild 2019-20 regular season is presented by MercyOne Des Moines Medical Center and runs from October through April. For more information, please contact the Wild office by calling 515-564-8700 or by visiting www.iowawild.com.