By virtue of winning their last three games and getting a little help on the out-of-town scores, the Iowa Wild clinched their first-ever playoff berth last weekend in thrilling fashion.

And, honestly, given the heartbreak and disappointment endured by the fan base over the first five seasons, doesn’t it just seem perfectly appropriate this year’s team would need a win in Game 76 just to get it done?

Overall, it was a great year for the franchise. The team set a franchise record for wins (37), points (87) and home ice wins (23). And those are just the team records, countless individual marks were set as well.

Today, Easter Sunday, at 4 p.m. Central, the Wild open up their best-of-five, Central Division Semifinals series against the Milwaukee Admirals.

The Wild finished as the third seed in the Central Division. The Admirals, who finished with 88 points, are the second seed. Game 2 is Tuesday at Wells Fargo Arena, before the series shifts to Milwaukee for Game 3 on Thursday night.

Here’s a graphic produced by the AHL, which breaks down the match-up. 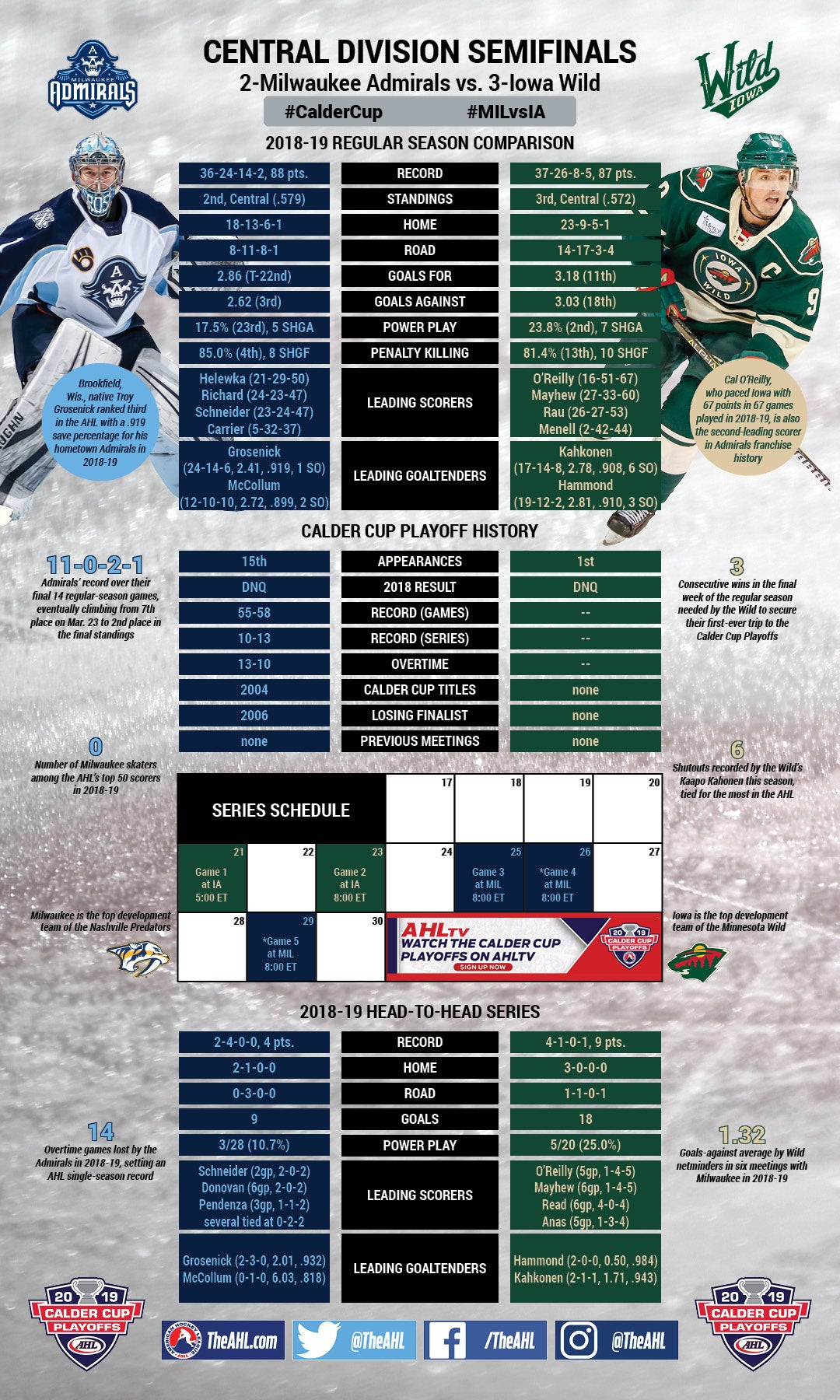 Here are 3 things on my mind prior to Game 1:

Hockey playoffs are typically fast-paced, extremely physical and filled with momentum shifts.  It’s the best time of the year!  So, after all the patience you’ve shown Wild fans, enjoy it!  You deserve it.