In addition, the Iowa Wild had a presence (players, Crash, staff members) at over 240 community events and donated nearly $191,400 worth of tickets and autographed memorabilia for local charities. The team used a combination of specialty jersey auctions, silent auctions and ticket donations throughout the season to generate the highest yearly donation total in the team’s four-year existence.

The biggest fundraisers of the season were aided by the team’s strong partnerships with the ALS Association - Iowa Chapter, Susan G. Komen of Greater Iowa and the American Heart Association. The Wild hosted an awareness night for each of the partners during the season, highlighted by game-worn specialty jersey auctions, that were combined with silent auctions and ticket proceeds for the grand totals. November’s ALS Night generated $43,000 in jersey and ticket proceeds for the ALS Association – Iowa Chapter. In February, the annual Pink In The Rink Night, which raises awareness for breast cancer, generated over $44,000 for Susan G. Koman of Greater Iowa. The final jersey auction in March helped bring in over $53,000 in funds for the American Heart Association. In all, the Wild’s jersey and helmet auctions were responsible for $112,805 in generated funds. 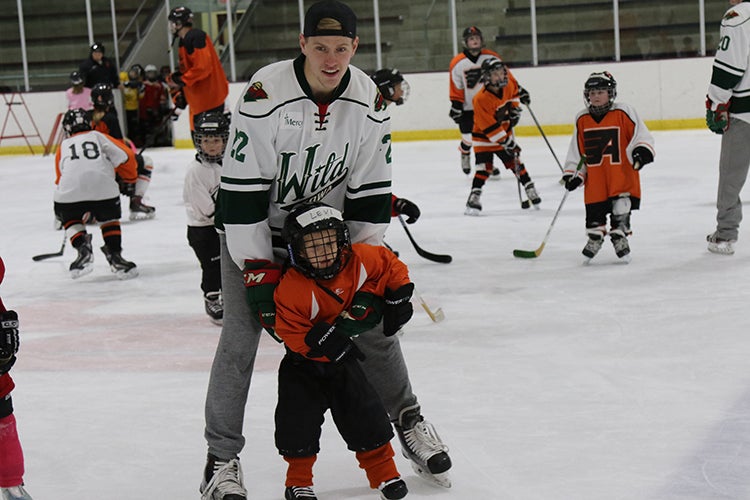 The Wild participated in numerous charitable events from Tame the Hunger to a Split the Pot raffle with Adaptive Sports Iowa. In March, the entire team, in a partnership with Outreach Program, Inc. and the Food Bank of Iowa, packed over 24,000 meals for the Iowa Wild's Tame the Hunger event, helping those in need in central Iowa. The team’s Split the Pot raffle also helped generate nearly $35,000 for Adaptive Sports Iowa, an organization committed to providing sports opportunities to Iowans with physical disabilities. 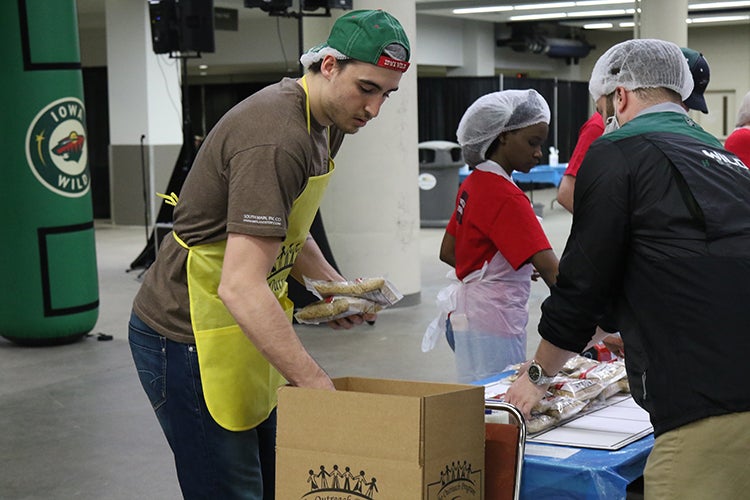 Over the course of the AHL team’s four-year existence in Des Moines, the Iowa Wild has partnered with countless local businesses to help raise over $850,000 for local non-profits.

To create a customized advertising package for your company contact Brian Mather, VP of Sales, at 515-564-8720 or email at [email protected]