MITCHELL TO NHL, SALITURO AND JANSSEN TO RAPID CITY

Iowa Travels To Tucson To Meet The Roadrunners on Friday

Mitchell, 24 (1/7/93), has tallied one assist in three games while averaging 9:34 in TOI/game with Minnesota this season. This is the third time he has been recalled by Minnesota. He notched his first career NHL point with an assist vs. Columbus on Oct. 14. The 6-foot-1, 196-pound native of Orangeville, Ont., has also recorded two assists in four contests with Iowa this season. Mitchell owns one assist in 14 career NHL games with the Wild. He registered 22 points (11-11=22) and 10 penalty minutes (PIM) in 62 games with Iowa in 2016-17, leading the club with eight power-play goals. Mitchell was signed by Minnesota as a free agent on March 4, 2014. 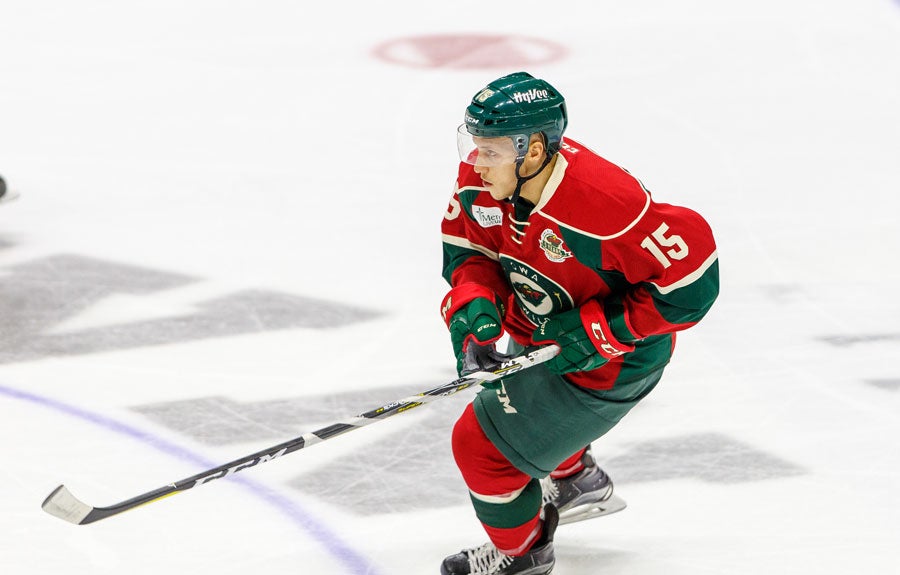 Janssen, 24 (3/30/93) made his AHL/pro debut for Iowa on Oct. 14 at Rockford.  He collected his first pro goal and multi-point game by adding an assist in his home debut on Oct. 20 against Manitoba. 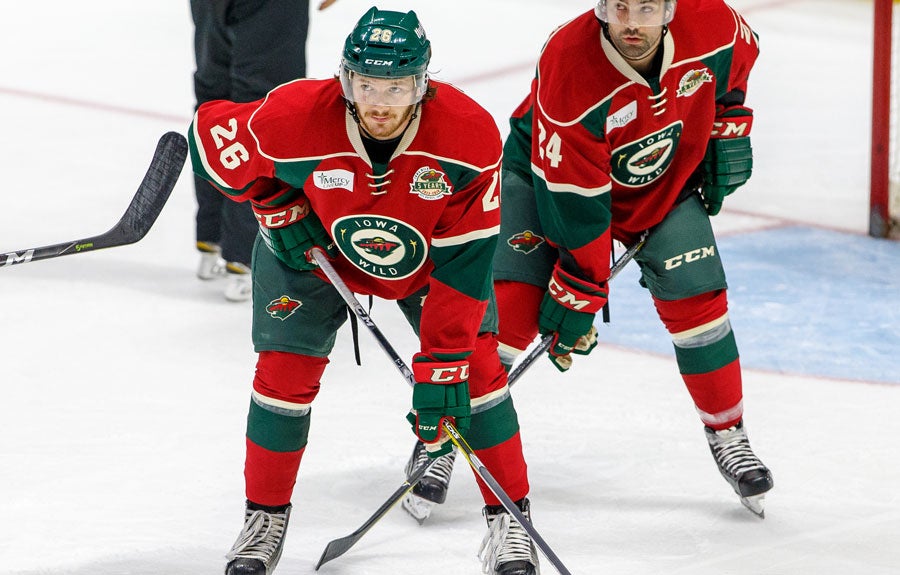 In all, Janssen scored once and added an assist in three outings for Iowa. He wrapped in a four-year career this past season at the University of Denver where he played in 146 games. The 6-foot, 185-pound forward scored 14 collegiate goals and added 33 assists for 47 points with the Pioneers. Prior to his collegiate career, the Green Bay, WI native played for the USHL’s Dubuque Fighting Saints in 2012-13. The Iowa Wild signed Janssen to an AHL contract on August 1, 2017.

After a pair of road games in Tucson, Iowa returns home to meet the San Antonio Rampage on Thursday, Nov. 2 at 7 p.m. It’s Dollar dog night with $1 hotdogs, $1 pretzels and $1 small popcorns - presented by LAZER 103.3. Trivia night takes place in “The Fort,” previously known as the River’s Edge Restaurant, before the game.

Iowa and San Antonio faceoff again on Friday, Nov. 3 at 7 p.m. at Wells Fargo Arena. It is a Bus beer night with $2 beers presented by 100.3 The Bus. The team is also holding a coat drive at the game. Fans receive a free weekday ticket voucher with a donation.

·       IOWA WILD IN THE COMMUNITY
To schedule a Wild appearance, email info@iowawild.com

·       IOWA WILD CORPORATE SPONSORSHIPS
To create a customized advertising package for your company contact Brian Mather, Senior VP of Sales and Business Operations, at 515-564-8720 or email at brian.mather@iowawild.com.