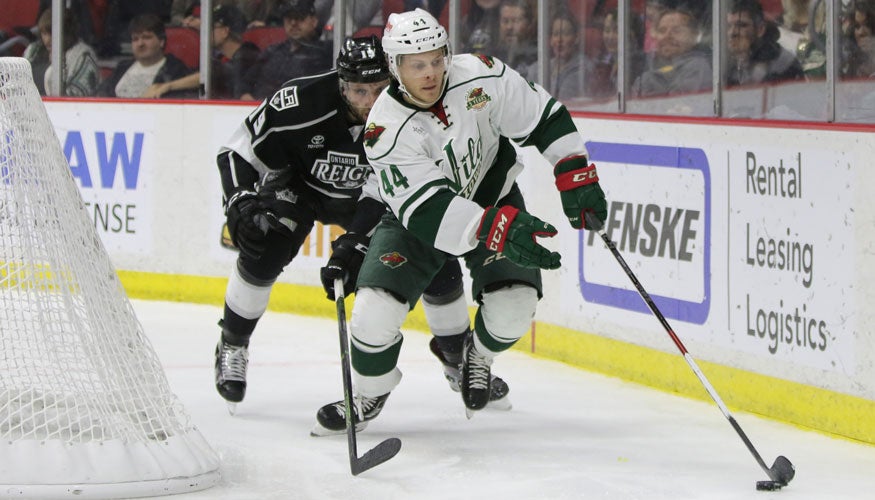 Bertschy, 23 (4/5/94), was recalled on Oct. 13 and recorded four penalty minutes in Saturday's 5-4 overtime loss to Columbus. The 5-foot-10, 186-pound native of Fribourg, Switzerland, has recorded one assist in nine career NHL contests with the Wild. 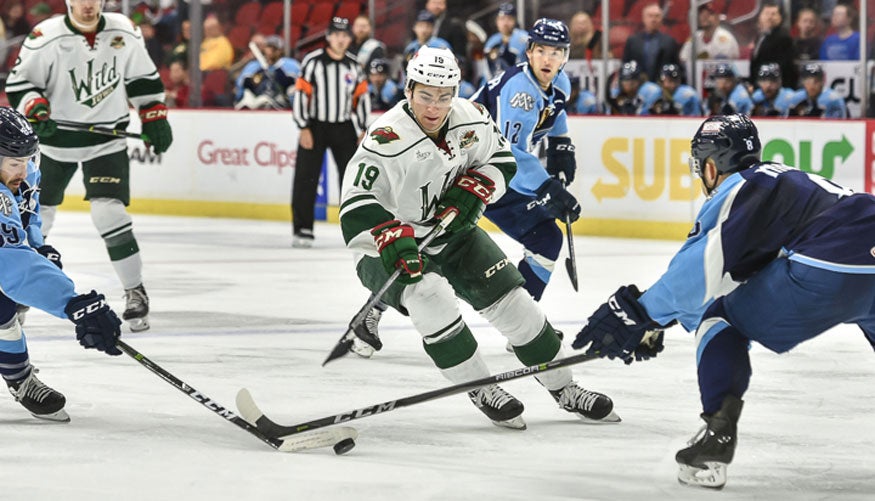 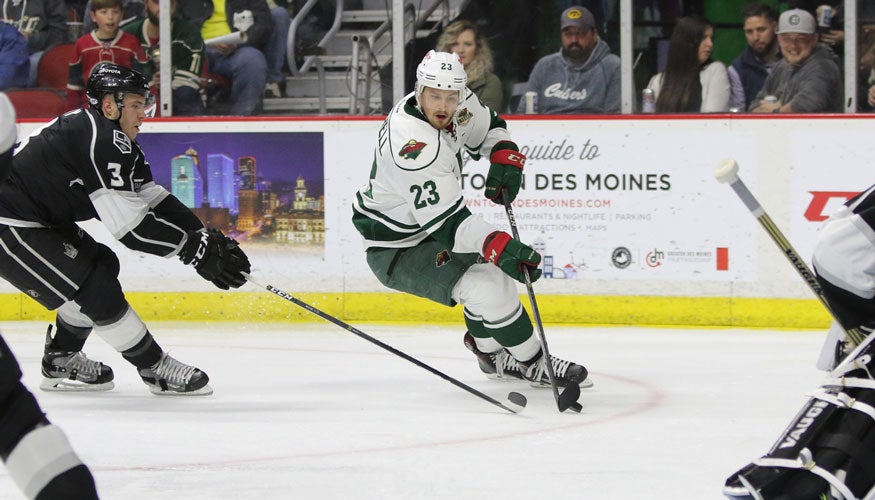 Mitchell, 24 (1/7/93), was recalled on Oct. 13 and recorded his first career NHL point with an assist in Saturday's game against Columbus. The 6-foot-1, 196-pound native of Orangeville, Ontario, has one assist in 12 career NHL games with Minnesota.

Iowa returns home to meet the Manitoba Moose on Friday, Oct. 20 at 7 p.m. Ladies Night is presented by Style Encore. It is also a Bus Beer night with $2 beers presented by 100.3 The Bus. There is also a $2 off Barefoot Refresh special presented by Barefoot Wine. The Collegeville ticket special is available for purchase at the game presented by KISS FM.

Iowa and Manitoba faceoff again on Saturday, Oct. 21 at 7 p.m. at Wells Fargo Arena. There is a pregame tailgate party, showcasing the local concert series performance. Decoy performs from 5:00 p.m. to 6:30 p.m. on the South Side Patio. Fans may purchase two tallboys for $10 for the local concert series. The Brewdog pack is also available for purchase at the game.

·       IOWA WILD IN THE COMMUNITY
To schedule a Wild appearance, email [email protected]