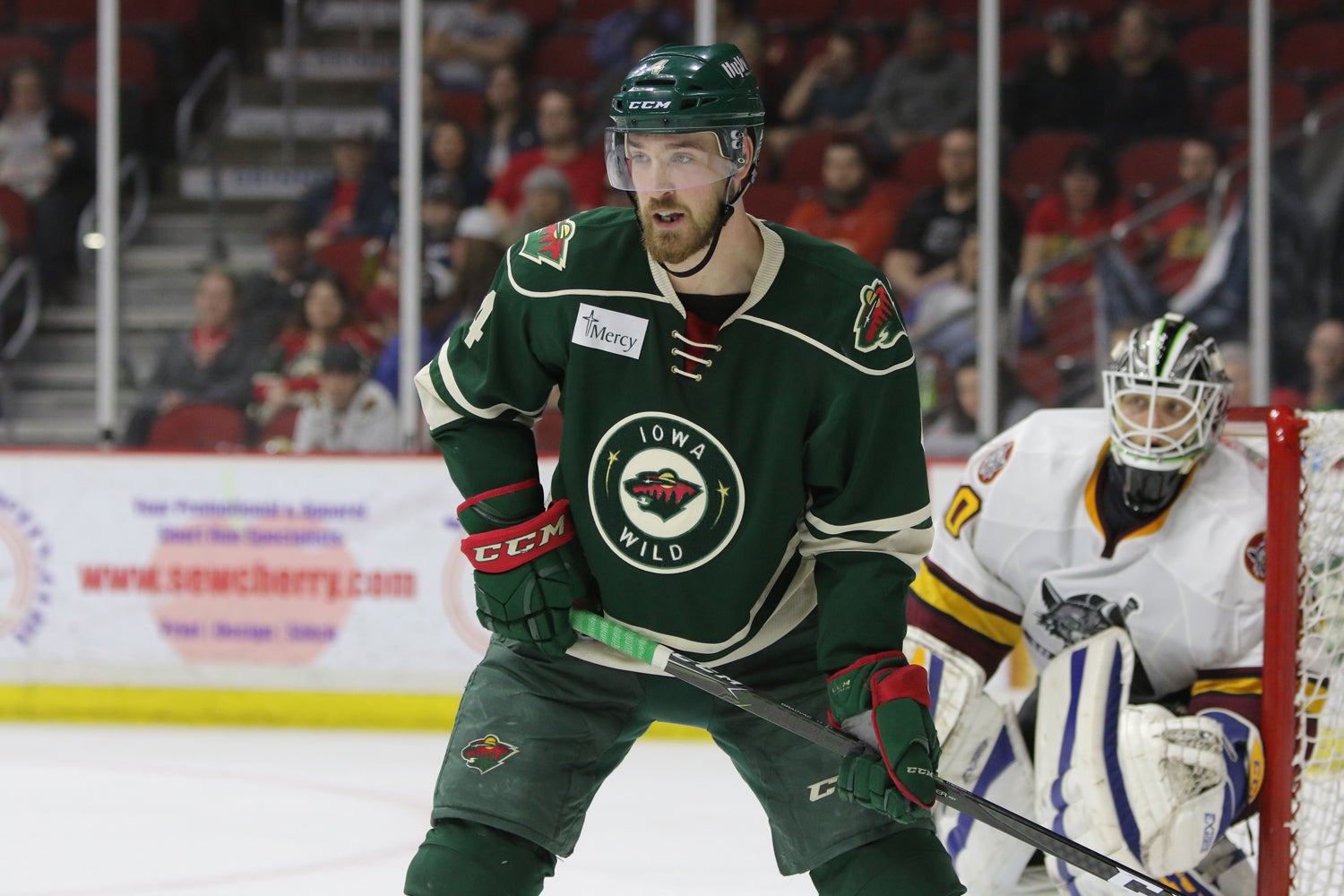 He began his career as a rookie in Iowa during the team’s inaugural season (13-14), posting 25 points off 13 goals and 12 assists in 64 games. He made a significant jump in numbers the following season, leading the team in goals (21) and points (46), while tying for second in assists (25) over 73 games played. He also earned his first NHL callup and played in three games for Minnesota. He was limited to 39 games in Iowa due to injuries in 2015-16, but he still managed to post 16 points off five goals and 11 assists. This past season, Graovac scored 10 times and added five assists for 15 points in 26 games with Iowa. He also played in 52 games for the NHL’s Wild, scoring seven goals and totaling nine points. In all, Graovac collected 49 goals and 53 assists for 102 points in 202 games with Iowa.

Graovac was the last original member of the 2013-14 team remaining on the Wild roster. The center is among the all-time leaders for nearly every offensive category in the team’s four-year existence. Graovac is Iowa’s all-time leader with 53 assists and 102 points. He is second in games played (202) and goals scored (49). Graovac also sits first in power-play goals (18) and shots on goals (476). He ranks second in power-play points (32) and is among the top ten in power-play assists (14) and game-winning goals (5).