Alex Stalock easily put together the best season for a goaltender in Iowa team history. He had staggering numbers and completely rewrote the team goaltending record book.  The Saint Paul, MN native set roughly 13 different individual records for an Iowa goalie. In addition, he placed among the best in the AHL for numerous categories including: goals against average, save percentage, minutes played, saves, wins and games played.

More notably, Stalock was a veteran presence in the Iowa locker room, providing tutelage to second-year goalie Steve Michalek and accountability to younger players.  His ability to play the puck helped Iowa tremendously throughout the season, making life difficult for teams that “dump and chase.” 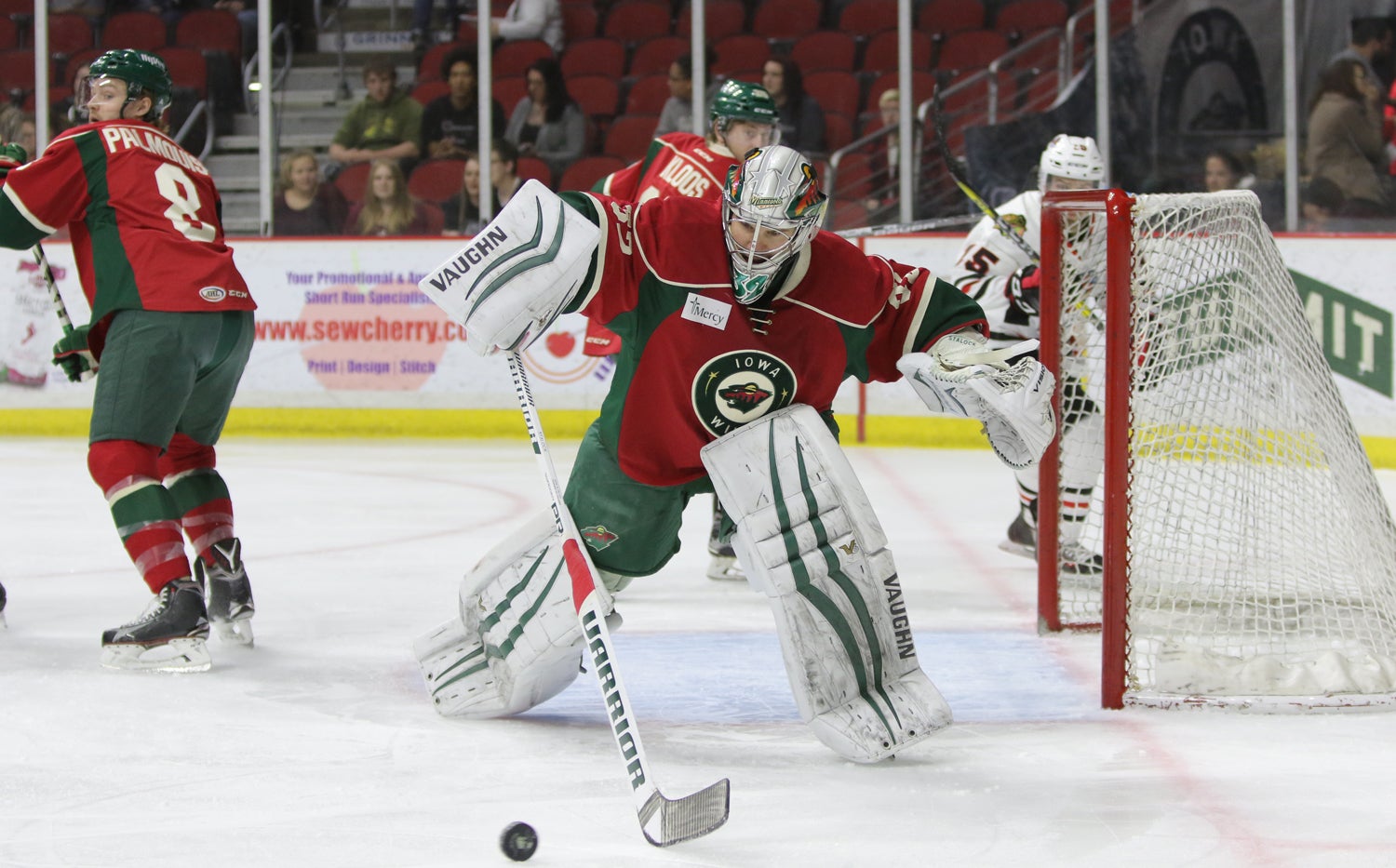 It’s hard to pick a highlight that stands out during the 2016-17 season for Stalock because he had so many of them. One standout came on Feb. 3 in Cleveland, when he made a jaw-dropping save on Monsters forward Shawn Szydlowski. The best save in team history was so good that ESPN’s SportsCenter tabbed it the No. 2 play of the day. It marked the first time the Iowa Wild made the national sportscast. (WATCH HERE)

Stalock set some impressive records during the season, but maybe his best was not allowing a goal over a stretch of 157:51. From Jan. 27 – Feb. 8, Stalock held both Cleveland and Rockford scoreless over a period of three games. Combined with a shutout by Michalek and it marked a stretch of 222:51 of flawless defensive hockey for the Wild, the longest shutout string in history. 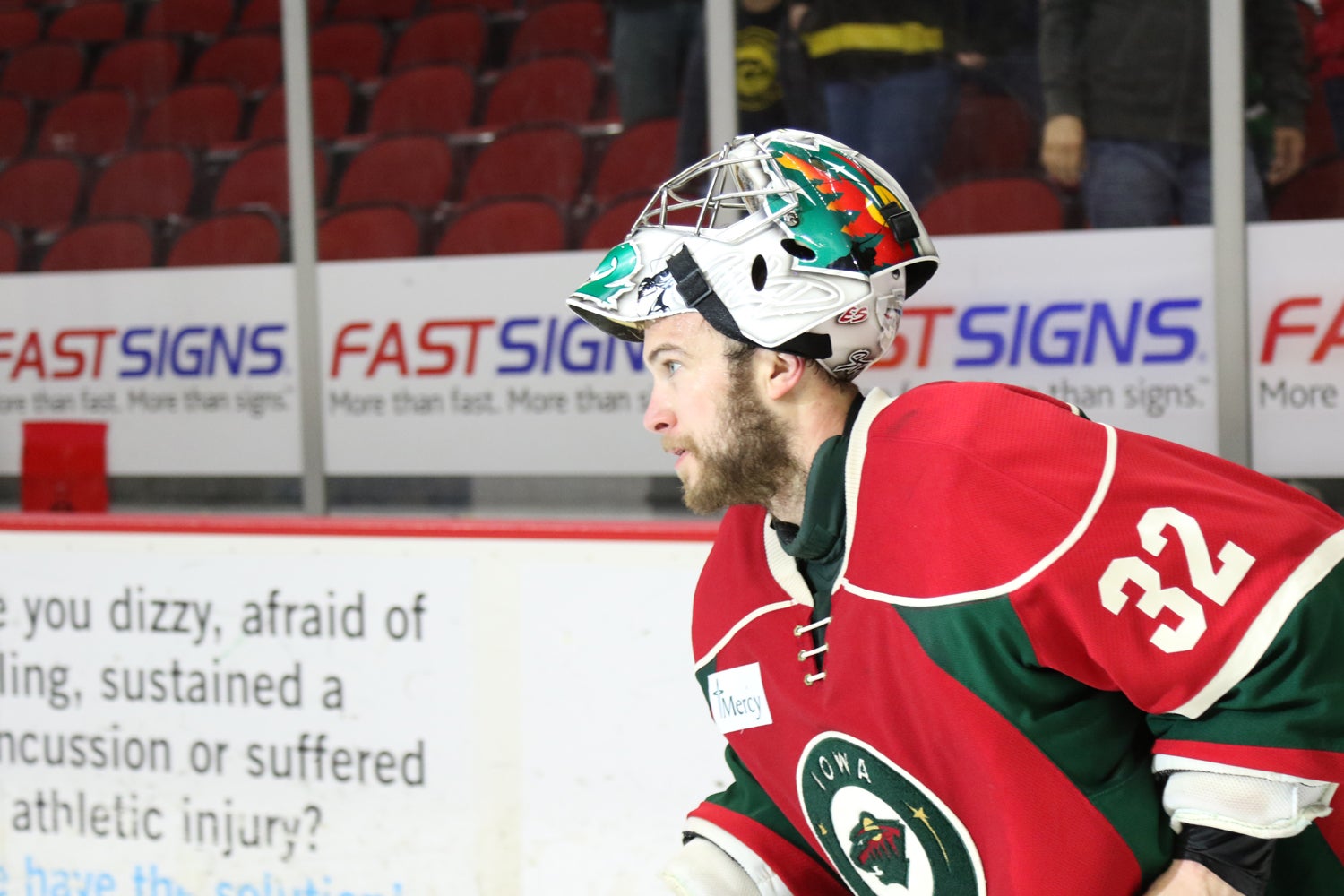